You are here: Home / Just Go / OKTOBERFEST — AT LEAST ONCE 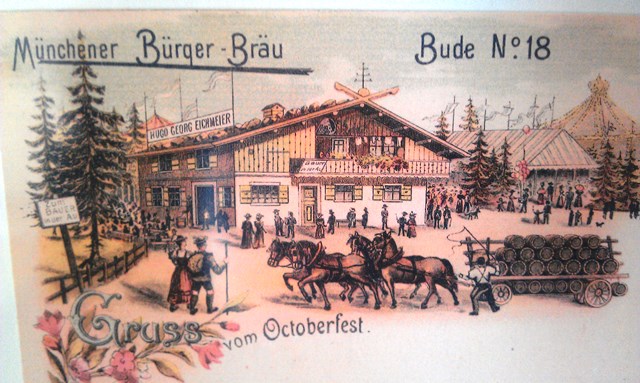 OKTOBERFEST — AT LEAST ONCE

The 2017 Oktoberfest has wrapped up, and you’ll have to wait until next September 27 to enter the next tent. This year 6.2 million visitors guzzled 7.5 million liters of beer.    Every serious beer drinker we know wishes she could have been in Munich recently for Oktoberfest.  Except for those who have, in fact, attended the event.   I don’t know anyone who centers his life around making a yearly pilgrimage.   It is in many ways the biggest, baddest, most spectacular beer event in the world, but it’s also a touristy, loud, pricy extravagance. 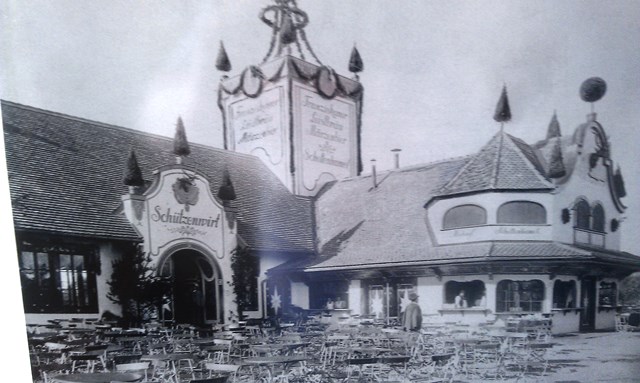 There’s a parallel in the world of baseball.  Ellie and I usually attend a few Washington Nationals game every year and we’ve been to several playoff games.   On our last visit, a nearly hour long wait for a slice of pizza and a craft beer reminded me why we only made it to one game this year and we will be watching the postseason on HDTV.   We go to quite a few minor league games, however; shorter lines and closer seats give us a fine baseball experience with few hassles and less expense.

The “minor league” experience in the world of Oktoberfest are the myriad of local festivals throughout Bavaria during spring, summer, and most of the fall.   A bit of digging on line can produce a wealth of options.  These fests are smaller, though the biggest provide more food, drink, rides and entertainment than a person can consume in a day.   The largest, in Stuttgart, is substantially larger in area than the Munich fest that ends a few days earlier.

This season, however, belongs to Oktoberfest.  If it’s still on your bucket list, keep it there.  It is something to experience once.   But do your homework.   Even in the 90s, walking into a tent was a pretty easy thing to do.   We visited every major tent in 1989.   Today some planning and realistic expectations can still make it a once-in-a-lifetime treat.   Here are a few tips to enjoying it:

6. Make room reservations early.  Airbnb saves you from having to book a hotel in a city 100 km away or pay $400 to $600 or more for an ordinary hotel room.   Especially towards the end, spaces open up both inside and outside the festival.  We found dozens of rooms on Airb&b’s website for about $100 a night for the last two days of the fest.  If you really want a hotel, Nuremburg is barely over an hour away by train and Augsburg is even closer.  Both cities have lots of hotels.  Suburban villages 30 to 40 minutes outside of town have guest houses and the area around the airport is awash with hotels.   The Freising Marriott, for example had rooms open for the last two days at about $250 a night – not much more than you’d pay during other times of the year.  The fest is easily accessible by UBahn from the main station.

7.  The 10:30 last call in the beer tents can be shocking for residents of anywhere but Bavaria.  The wine tent serves beer until just after midnight, but…it’s a wine tent.   But rejoice – the after party rocks the Park Café, a beer garden that’s a ten minute walk from the main station (or one stop on bus 100.)   The Park is in the old botanical garden and is worth a visit on its own.  Alternatively, Lowenbrau turns the entire top floor of their massive beer hall into a  “Wiesnzelt“ am Stiglmaierplatz” designed to authentically replicate the experience of being in their tent in the wiesn.   The party also spills over into many of the city’s late night drinking spots. 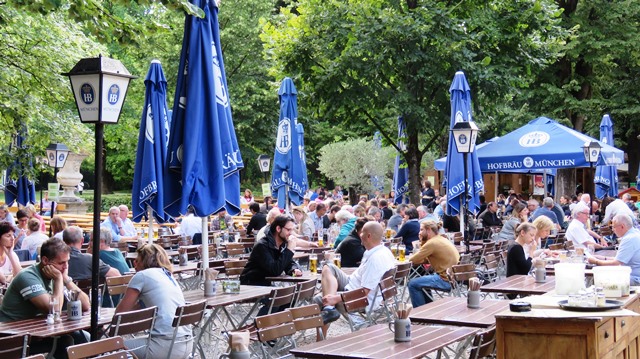 After the fest closes, those in the know continue the carousing at the Park Café’s Biergarten that stays open until 1 AM

8.  Want to dress for the occasion?  Stalls in the fest will sell you almost any kind of clothing but you can save a bucket of Euros with a visit to Resale – a used trachten store just off the Marianplatz in the direction of St. Peter’s cathedral.