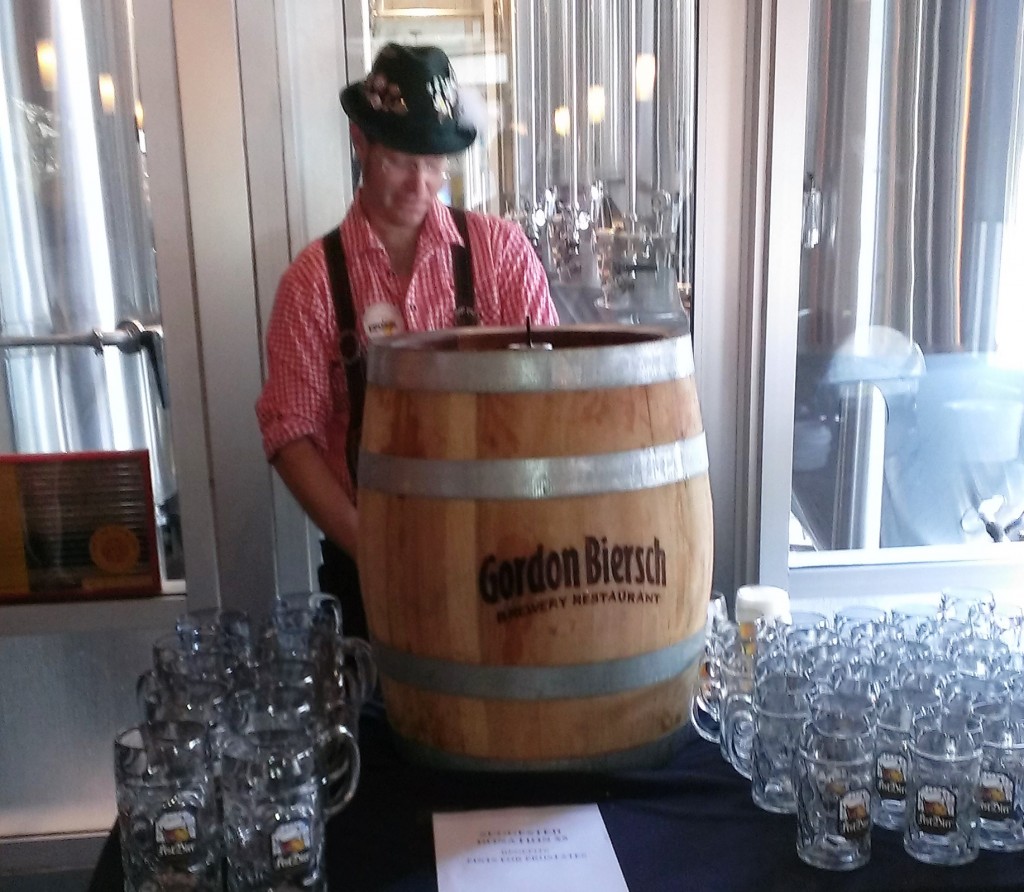 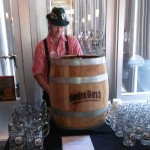 Brewmasters at both GB and RB host frequent events and tappings.

January 21, 2016 Every real ale drinker in England has a “local”—a Cheers-like home away from home. The beer only has to be good enough – it’s the welcome and the sense of belonging that’s the big draw.  Michael Jackson’s was the Ardmore Arms—certainly not the most elegant bar in London nor the one with the widest selection.  But a dependable, well-kept pint of Fuller’s was good enough for the greatest beer hunter of all time, and, truthfully, we think the pint of DC Brau or Port City that is increasingly easy to find today is better than that.

Years ago we stumbled onto a number of such locals in Germany that had an additional attraction – they brewed their own beers.   Our first encounters were in brewing centers such as Dusseldorf and tiny towns such as Strassgiech where the Drei Kronen brewery had been waiting for us for almost 700 years by the time we arrived.   Most brewpubs in Germany were historical artifacts as well as locals — and we could only dream of a life where we could hop on a bus or walk to a brewery that we could call local.

Dreams come true.  Our local breweries are corporate and not very intimate, but they’re close to us, and they brew good beer.  Food is dependable and the prices for the area are fair.  Importantly to us, the brewers are our friends—and they’ll be yours too if you seek them out.  We’re grateful that the Rock Bottom/Gordon Biersch combination had the capital and corporate skill to plant themselves in beer-unfriendly Montgomery County, Maryland, and make it work.

Both Christian Layke at Gordon Biersch in Rockville and Geoff Lively at Rock Bottom in Bethesda have to live within the overall guidance of a corporate headquarters thousands of miles away.   Both arms of the chain, however, give enough leeway to their brewers to keep them happy enough with what they’re doing to keep them from wandering to other places – and they keep us happy with what they’re doing as well.   They’re both close enough to our dream-come-true to make us thankful to live where we do.

Rock Bottom always gave its brewers some freedom to create – it was the way they attracted some of the star brewers who won them a kettle full of medals at the Great American Beer Festival.   After the merger with Gordon Biersch, they shortened the leash a bit, making sure that the flagship regular beers were more consistent from location to location.  Geoff told us that he’s OK with the new rules – he still has lots of freedom to brew the seasonals and one-offs that emerge seemingly every other week.  Geoff tends to brew beers of identifiable styles with unexpected twists.   A coffee stout last summer seemed to be an exceptionally good paring of Bravo hops and roast coffee; the cask version added chocolate for extra complexity.   There’s also something to be said for a place that will have the beer you’re looking for whenever you show up.   Geoff is more malt-centric than we are, but his Hop Bomb is ….just that.

Gordon Biersch used to have one of the tightest straight-jackets for brewers of any chain, but brilliant brewers such as Jason Oliver cajoled and wheedled—and brewed outstanding beers—long enough to crack the door open, and in recent years the door has swung wide indeed.  Christian turns out beers that are as far from expected as almost any urban brewpub.  Last June, a Broyhan, a German style sour beer, was tart and fruity; in a blind tasting most drinkers would bet their houses it was Belgian.  A Saison was one of the best we had all year, and his Belgian IPA added a resiny balance to a cart full of fruit flavors from the farmhouse yeast.  His classic pilsners, however, are still a major reason we look forward to the longish T2 bus ride from near our house to his front door.

Both breweries hold frequent tappings and special events.  Next Monday, January 25, Gordon Biersch (Rockville) will hold its annual Robert Burns dinner, with the brewmaster’s own haggis recipe sharing honors with the beer (and the poet).  Right now, for a limited time, Rock Bottom is featuring a 5 year old keg of its Atom Smasher Barley Wine.   The name, again, says it all.

As the number of breweries soars past 4,000 in the US, more more dreams are coming true for more and more American beer drinkers.  Mini-micros and nano breweries operate in neighborhoods where you wouldn’t expect a mom and pop convenience store to survive, much less an operating brewery.  We’re going to take this space on Thursdays for the next few months to feature a number of these adventurous breweries.   Perhaps the best part of it all is that, as they’re realizing their own brewing dreams, they make our dreams of a “local that brews” come true as well.