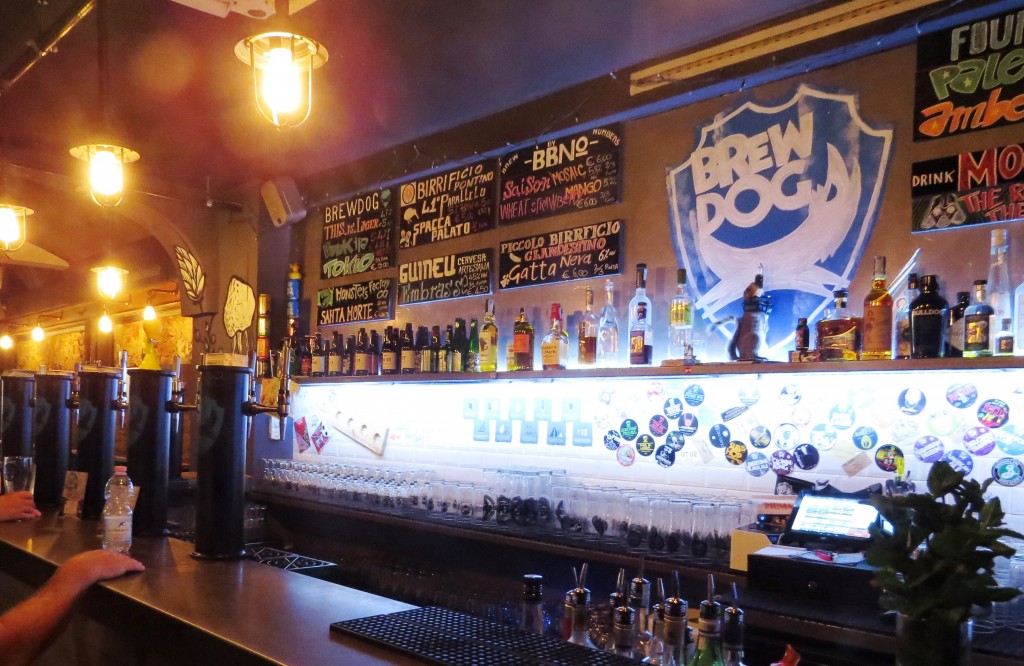 January 18, 2016.  BrewDog’s new American brewery shouldn’t, we suppose, be a surprise.  BrewDog has been one of several truly avant garde brewers for the last several years.  But BrewDog has managed successfully to maintain an “in yer face” adventure in brewing with a remarkably successful empire of pub outlets.  Our first – and still one of the best—BrewDog was their outlet on Argyll Street in Glasgow’s West End.   Industrially themed, loud and busy, it seemed perfectly matched to the envelope-pushing beers it served.

Despite their reputation for outlandishly adventurous ales, you can spend a pleasant evening in a BrewDog pub sipping pretty standard craft ales.   Their lagers are better than most brewpub versions and the copper and black ales are solid examples of their styles. This. Is. Lager., for example, was a welcome break from stamped out Italian lagers when we had it in the Florence Brewdog and also a change of pace from the ale-centric beer bars that are soaring in numbers in most Italian cities.   Leave it to BrewDog to figure out where the next beer revolution is going to occur and get there – almost—first.

The whole point of going to an edgy off the wall bar, though, is to have an edgy off the wall beer.  The Tactical Nuclear Penguin fit the bill.   A few pounds bought us a tiny shot glass of the 32% abv beer bomb and the small portion was fine since the aftertaste seemed to last for hours.  Even stronger, the 41% Sink The Bismark tasted surprisingly like…beer.  A deep rich malt concentrate with some peat and an echo of hops mixed with the alcoholic tingle and burn.   A bottle could set you back three figures, but another tiny portion leaves your wallet more or less intact and your curiosity, if not your thirst, sated.

BrewDog now operates over 40 pubs around the world with another half dozen opening within the next few months.   Expect an American invasion soon.   A new production facility and beer destination tasting palace is about to rise out of the fields just outside of Columbus, Ohio.   Once in production, expect to find a BrewDog pub coming to a city or town near you.

The beer wars are coming.   Stone is building in Richmond, Virginia, and Berlin,Germany.  Mikkeller operates a beer specialty bar in San Francisco.   Before the dust settles, expect at least a dozen major western breweries to be brewing in the east, and some of the easterners cranking out kegs in the west.   More trans-Atlantic ventures aren’t far behind.   We worry about the future of new little breweries that are making beer travel so much fun in the US right now.  The last time big breweries went head to head, it was the small regionals that suffered most.   The phrase “support your local brewery” has been around for decades, but it’s never mattered more than it does now.