You are here: Home / Just Go / Hopping Around Europe: An Off the Tourist Track Traditional Brewery Restaurant in Hirschau Germany 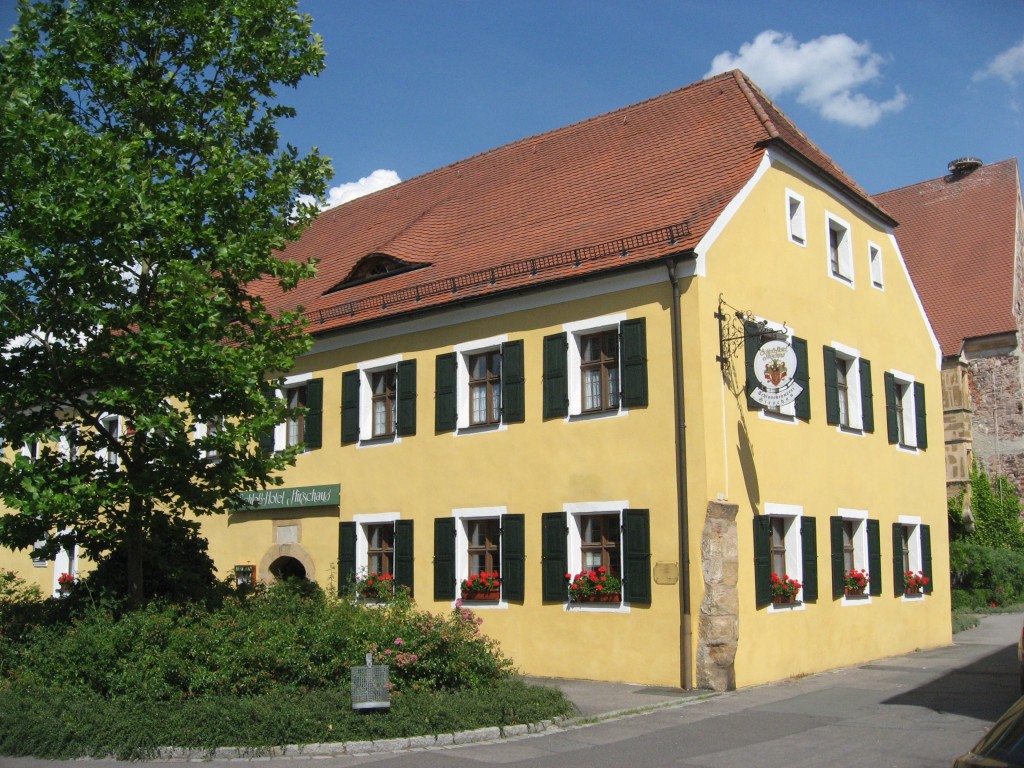 February 8, 2016.  Post 1013         Any travel plan that gets you off the average tourist route is likely to be a good one.  We’ve run into people who search for sites referred to in works of fiction, people who “collect” waterfalls.  Our search for beers has taken us to countless places that don’t see tourists and are delighted to see us. One such discovery was the Schloss Hotel Hirschau. 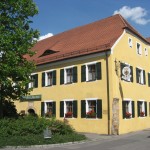 SchlossHotel Hirschau — Good beer, good food and a clean bed to sleep it off. What’s not to love? 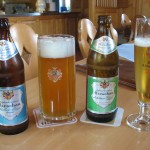 Hirschau is a small town less than 25 minutes by bus from Amberg.  If we had listed two day trips from Amberg, this would have been the second.   It only has one brewery, but with planning you can get a tour and a lunch at the brewery and have plenty of time to see the castle as well

Brewpubs in the US, almost by definition, are recent enterprises.  Many of the urban brewpubs in Germany are also of recent origin.   The brewery restaurants and hotels of Germany’s small towns, however, are usually traditional, and provide an experience their newer relatives can’t offer. 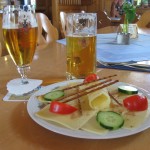 The brewery and hotel date from the early 19th century, though both have been modernized.  Hirschau has a nice range of beers and the hotel restaurant’s kitchen provides typical and tasty dishes.   When we visited, two drafts and an additional six varieties of the house beer gave us plenty of choice.   None will knock your socks off, but they do light beer and weizens well.   Krystal (filtered) Weizen is usually a disaster — decades ago, the bland taste led brewers to cram a lemon in the glass.   But here it has the rich flavors of a hefe weizen without the hefe.   Neat trick.

A stroll through town and a visit to the castle still leave you plenty of time to get back to Amberg, one of our favorite beer towns in the world, for more crawling at night.   Prost!