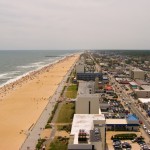 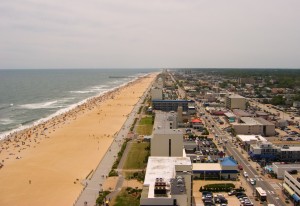 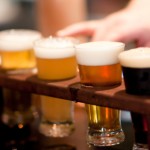 In February, we present Beers for your Beer Vault: well aged beers that aged well.  Read on for the links to these beers as well as Pennsylvania weekend trips and great beers for the new year.  Click on “read more” to find easy links that take you to these beers.

February:  Beers from our Vault:   #12 is Stone Master of Disguise, then scroll down for “more beer reviews” to see the rest of February’s offerings.

January featured small town brewery trips.   In February we lay down beers for interest or improvement.  We started the New Year with a series of big beers for winter.   Read on for the links for all these beers and more.    The first of the Pennsylvania Brewery weekend finds was here.   Scroll back for the others in the series.  Our aged beers begin here .   Scroll up for the others.  Find a set of links to Great Beers for the New Year here – scroll down to find the dozen links. 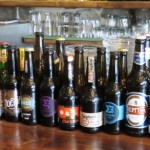 We’re presenting our list of 12 great beers for the season. We’ve tasted well over 200 Christmas beers over the years.  Some have been bad elves, others have been nothing short of gifts.    Some of the ones on this year’s list are relatively easy to find, others are from our archives and beer vault. We hope even the ones from the archives will have stories that will help you find you own path to great beers.    Follow these links to find earlier posts in the series:   first, second, third, fourth, fifth, sixth, 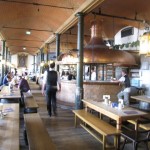 Augustiner Bräustuben:  Munich’s Best Bargain is a Refuge Away From Tourists 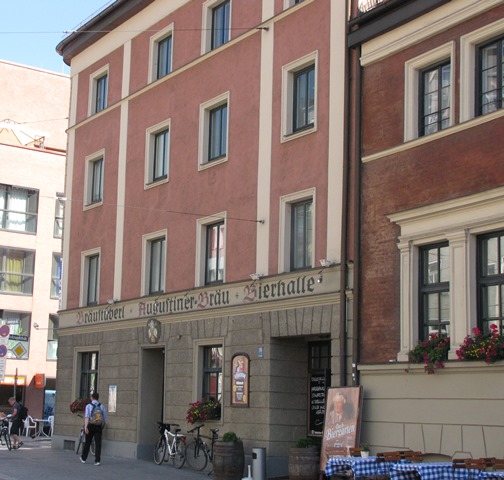 You might rub elbows with brewery employees at the Braustuben; it is on the site of the brewery.

The Augustinian Monastery founded the Augustiner Brewery in Munich in 1328.  Napoleon’s sweep across Germany forced its secularization in 1803 and the brewery found its way into the hands of the Wagner family buy the middle of the 19th century. 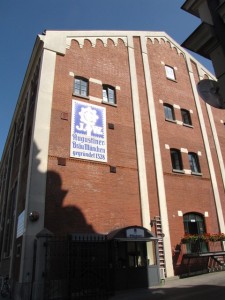 Augustiner is one of the last two large independent breweries in Munich.

The last of the Wagners, Edith Haberland Wagner left her majority share of the brewery to a charitable foundation whose mission is to provide good beer at fair prices to the people of Munich, and to use “profits” to better the city.

Happily tourists are included in the beneficiaries of the foundation’s efforts.  The Hirschgarden is the biggest in the world, and the Keller and Biergarten is the best center city beer garden anywhere.   Brewery restaurants in downtown Munich provide decent beer and Munich’s best beer.   Most serve from wooden barrels; Augustiner is the last of Munich’s breweries to use them extensively. 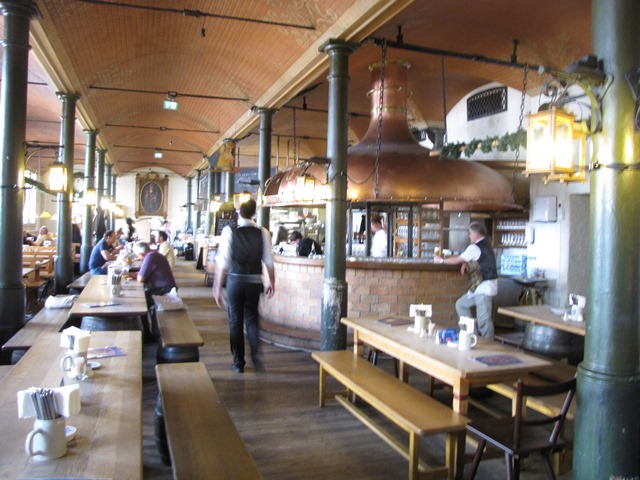 The main hall of the braustuben used to house the brewery’s horses.

While the prices of all the places you’re likely to run into are fair, the best bargain  in the city for Augustiner beer is in the Bräustuben, the brewery restaurant at the current site of the brewery at Arnulfstrasse 52 a short tram ride from the main station.  Only 5.5 Euros buys you a liter of the glorious Original Helles, which is one of the best lager beers in the world.  The dunkel goes for the same rate and the Edelstoff, slightly stronger and sweeter, is only .20 Euros more.   A daily menu features specials that go beyond schnitzels and roasts but those German standards are tasty and affordable.  A schnitzel or perch fillet is less than 12 Euros and some filling choices drop below 10 Euros.

It doesn’t hurt to get a reservation, but we’ve never had a serious time being seated.  The main hall used to be the brewery stables – it’s big and noisy and exciting.  These days, we prefer that relative serenity of the Bräustuben, with its rich dark woods and comfortable table seating.

Less of a bargain, but more of an adventure is the Keller on the opposite side of the tracks from the brewery.   The garden is hard to miss; we’ll take you downstairs in the Keller in our next post. 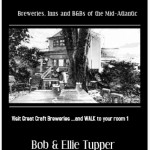 We’ve taken a winter hiatus to work on our next book.   The book is a guide to beer travel in the Mid Atlantic.  It features breweries where you can walk back to a comfortable room to spend the night after visiting the brewery.   We feature B&Bs, Inns, and iconic Hotels along with some of the most interesting beer destinations in the region. 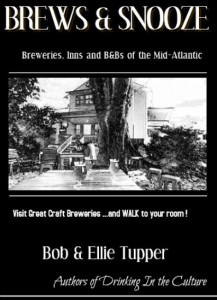 Watch this space  for some of the gems we’ve found in researching this project.  And look for a new Beer of the Day starting the second week of June.