You are here: Home / Beer Reviews / A GOLDEN ROAD FROM NEW ENGLAND TO LOS ANGELES 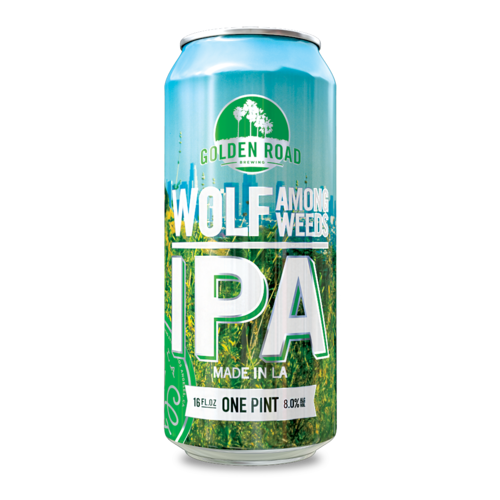 A GOLDEN ROAD FROM NEW ENGLAND TO LOS ANGELES

We first encountered this beer in Bukowski’s Bar in the Back Bay area of Boston.  It’s one of the best beer bars in the city– and our favorite– and we almost never miss it when we’re there.  The staff can be “it’s part of the shtick” gruff, but they take good care of you and are generally quite knowledgeable about the beers which are largely drawn from local breweries.  It was a surprise when they couldn’t tell us much about this beer – even where it came from.

The taste spoke for itself—it was fresh and resiny and dank.  Must be another New England hop bomb from nearby. Wrong.  When we found a can of it a few days later we were surprised to see that it came not only from the West Coast, but from the former beer dessert of Los Angeles. 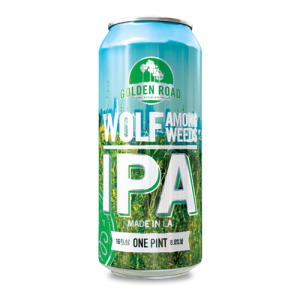 The bar called it a DIPA, though the brewery simply calls it an IPA.  It’s certainly on the high end of an IPA, but the border between an IPA and a DIPA is a pretty porous one.  Columbus, Chinook and CTZ hops give it plenty of fruit but it manages a broad enough range of hop flavors to stay moreish until the 8% strength drops you into an Uber.

One bit of advice about Bukowski’s — bring cash, they don’t accept cards. And while you’re there, make time for a nicely presented fresh lobster at the Summer Shack lobster house next door.  Sleep it all off in one of the several huge hotels in the area.

Tasting Notes:  A solid white head rests on a hazy yellow gold foundation; it’s hazy but not clunky and less intimidating than some of the extreme New Englanders.  In short, it looks like beer, which is not something you can always count on these days.    It has all the punch you’d want and expect from a double IPA, but it’s cleaner and drier than most.  It’s dank from the start with heat and metal from the 8% alcohol early, but a quick blast of hops covers the booze effectively.   A big finish of citrus includes some tropics before it ends with a long, serious, centered bitter.  This is quite the coastal special – a California beer that’s quite at home on the New England coast.

Food Pairings:  The flavor will hold up to very spicy foods if your palate can take all the excitement.  A medium soft flavorful cheese could smooth out the flavors in a final course.  Beer Review # 0093    20170329.

TOMORROW – ANOTHER GREAT FIND FROM OUR TASTINGS THIS WINTER